Wine Consumption For The Christian 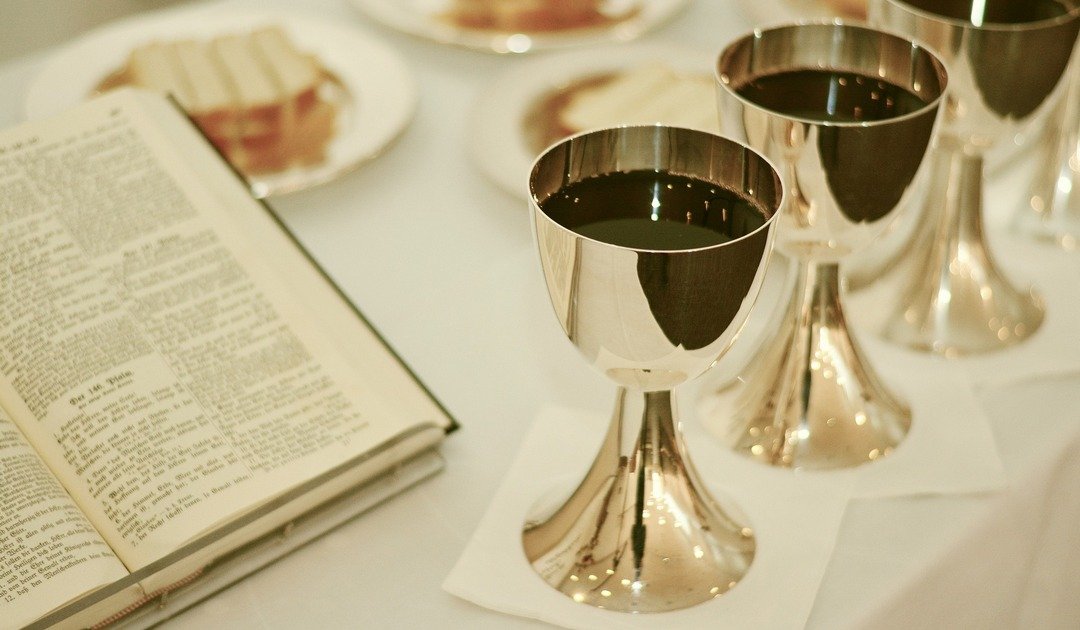 Should Christian drink wine? This is a fundamental question that I’m sure most of us have asked at one time or another. Should wine be an acceptable drink for the Christian or should it be avoided. Wine, or any alcoholic beverage, is associated with drunkenness. When you say wine you normally think of drunkenness and therefore consider wine to be taboo. However, there is a lot more to the issue of wine in general and in the Christian faith.

So I encourage you to open your mind and receive the information that I am about to present to you. This study, as I said, is designed to present information regarding wine drinking for the Christian.

The first part of our study will deal with the purely medical aspects of wine consumption. Is there anything physically harmful in drinking wine? We will move to the biblical aspect of wine consumption after we consider the answer to this question. We will begin with a general overview of alcoholic beverages since wine is classified as an alcoholic drink.

The alcohol in beverages is chemically known as ethyl alcohol and is produced by the natural process of fermentation. Alcohol is formed when natural airborne yeast organisms change the sugars and starches in fruits, grains, or their juices into alcohol after remaining in a warm environment. Ethyl alcohol contains no essential nutrients for the body but it does provide caloric energy.

The affects of an alcoholic beverage on the body depends on how much alcohol the beverage actually contains. The alcoholic content can range from about 1/20th of the total volume (beer for example) or as much as 50% as in the case with rum. Generally, distilled drinks have a higher alcoholic content then fermented ones.

There are five basic types of alcoholic beverages, which are listed below.

The effects of alcohol on the body vary depending on a number of things. However, if the blood that reaches the brain contains a certain amount of alcohol then there are noticeable changes in reactions. The operation of the brain and the central nervous system are increasingly affected as the alcoholic content increases in the blood. This process reverses itself after the alcohol is metabolized and eliminated from the bloodstream. The following lists alcoholic content of various drinks and the corresponding effects. The percentages given below are per volume.

In general, alcohol is a depressant and anesthetic, which is why it affects the brain the way it does. As you can see, it doesn’t take a whole lot of alcohol to adversely affect the body even if it is wine. The body can safely metabolize alcohol in the bloodstream up to a certain point and after that, the effects are detrimental to your health.

Drinking responsibly will not result in drunkenness. However, the amount of alcohol that can be consumed before adverse effects occurs depend on the weight, physical conditioning and emotional state of the individual. Other factors of the effects of alcoholic beverages on the body are listed below.

What is wine? Wine is the fermented juice of fresh grapes used as a beverage. Wine is produced by the fermentation of the juices that are in fresh grapes. The fermentation process is a chemical change with effervescence, an enzymatically controlled anaerobic breakdown of an energy-rich compound (as a carbohydrate to carbon dioxide and alcohol).

Basically, wine is the product of a chemical action within the juices of grapes. We will see that the alcohol content and the organic acid of fermented grapes are going to play a major role in wine as it relates to health.

What are the effects of wine on humans? As might be expected, there are both benefits and problems associated with the consumption of wine. We are going to look at each of these in this section. As I stated earlier, wine is normally associated with drunkenness (he is a wino for example). However, there are other aspects of wine that are quite beneficial, which again we will discuss in this section.

Of course, we all know the bad side of drinking wine. Wine in excess can make you drunk. The wine itself is merely an alcoholic beverage. It has a certain chemical composition, which is quite complex and is able to be safely absorbed by the body if taken in moderation.

Too much wine can also affect liver disease and certain cancers. Of course, there is also the problem of the effects of being drunk. For example, you can imagine the danger that is present if someone is driving and drunk from wine (or any other alcoholic beverage for that matter).

60 Minutes and the “French Paradox”

This airing caused a drastic increase in wine consumption in the United States. However, we must note that those were initial findings and should not have been conclusive. More research has been done since them and the results further show that there are definite benefits to the moderate drinking of wine. Specifically, there are benefits to drinking about a two to three glasses of wine a day, each with a meal.

The following is a summary list of the findings of various research on the health-related aspects of drinking wine.

60 Minutes did a follow-up segment on the French Paradox a few years after the first segment. The new findings not only supported the previous findings but also gave more evidence to the benefits of the moderate consumption of wine with meals.

It should be pointed out that this area of research is relatively new. It should be noted that none of these findings are absolutely conclusive though the findings seem to consistently indicate that wine does offer health benefits if drunk in moderation. There are still many questions that need to be answered about wine and its complex components as it relates to health. However, as stated many times already, wine drunk in moderation does seem to offer rather significant health benefits even over other alcoholic beverages.

What does the Bible teach us about drinking wine? We have found that wine provides certain health benefits if drunk in moderation with meals. However, just because something is beneficial to us physically, doesn’t mean that the Bible approves of it. So now let’s look at what the Bible teaches us about wine consumption.

Wine and the Bible

What does the Bible have to say about the consumption of wine? It has lots to say about it. The first record of wine in the Bible is in Genesis 9:19, where Noah plants the first (recorded) vineyard. It also records that he became drunk from drinking the wine. On another more positive note, Paul told Timothy to take wine for its medicinal purposes 1 Timothy 5:23. Other uses of wine is given in Proverbs 31:6-7.

Proverbs 31:4 through Proverbs 31:7 (KJV) 4It is not for kings, O Lemuel, it is not for kings to drink wine; nor for princes strong drink: 5Lest they drink, and forget the law, and pervert the judgment of any of the afflicted. 6Give strong drink unto him that is ready to perish, and wine unto those that be of heavy hearts. 7Let him drink, and forget his poverty, and remember his misery no more.

The scripture above gives appropriate and inappropriate uses of wine. Kings should not drink it due to the fact that it could impair his judgment. It is beneficial to those who are terminally ill as anesthesia (though the strong drink here is actually referring to beer). Those who are in poverty can use wine to lift their spirits.

One of the reasons why wine was an important drink for the Jewish people (and others) was because of the problems associated with drinking fresh or clean water. Water was typically collected in a cistern. Homes would have a cistern in the center of the floor that collected water as it drained from the roof by a series of conduits or the like. This water would pick up many contaminants along the way. Diluted wine provided a safe and relatively clean drink, which we understand was most likely due to the alcoholic content in the wine. We should also note that the wine that they drank in this manner was very diluted so that the alcoholic content was very low but high enough to provide sanitary properties to the fluid.

It is clear that the Bible does not deem the drinking of wine to be evil nor does it forbid Christians from drinking it. However, the Bible does indirectly and sometimes directly warn of its effects either from casual use (as in the case with the priests) or with excessive use. The key here is in moderation and responsible drinking. The Bible does not generally speak of the health benefits of wine or beer. However, it does address the intoxicating effects that wine may have on a person as well as the “lifting of the spirits” effects that it may have.

The Bible and general health aspects pertaining to wine seem to arrive at the same general point. Moderate and responsible drinking of wine is not harmful. We saw that this is due primarily to the body’s ability to metabolize the alcohol in wine if it is in low concentrations and taken over a long period of time.

There is nothing that implies that wine should be a part of your regular daily diet. The current research on the health benefits of wine is very new and still generating results. The Bible, on the other hand, does not imply at all that we should drink wine. It warns of its over-use and it gives specific instances where it was specifically used. This doesn’t mean that you should go out and buy wine to drink regularly. This may open the door to drunkards because of the intoxicating effects of wine and the inability to control oneself. A lack of character and self-control will not protect you from things that can be harmful to you if taken in excess.

The Bible does not tell us that wine is good for us and at the same time it does not prohibit its use, except for specific occasions. Health research seems to imply that a glass or two of wine with your meals do offer some health benefits.

Should you Drink Wine?

If you are not careful then you may begin to perceive wine as a “vitamin” pill. A wine a day helps keep cancer away may be your motto. That in itself is not healthy. Some people already drink wine moderately on a regular basis. If you don’t then this is not a reason to start. We saw in the French Paradox that the French eat food that we consider to be unhealthy. Well, one thing we can do is to not eat those types of foods in excess. If not then you may get the idea that you can eat whatever you want and then drink some wine to counter the effects.

So the Bible does not forbid the drinking of wine nor does it condone its for casual or general use. However, it isn’t a sin to drink wine. The sin comes when we drink too much wine and get drunk. Anything that is taken in excess can have adverse effects. So wine in moderation is OK. However, as I said already, neither the Bible or medical research holds that wine should be a part of your regular diet.

Wine Consumption for the Christian
By William R. Cunningham
November 21, 1999