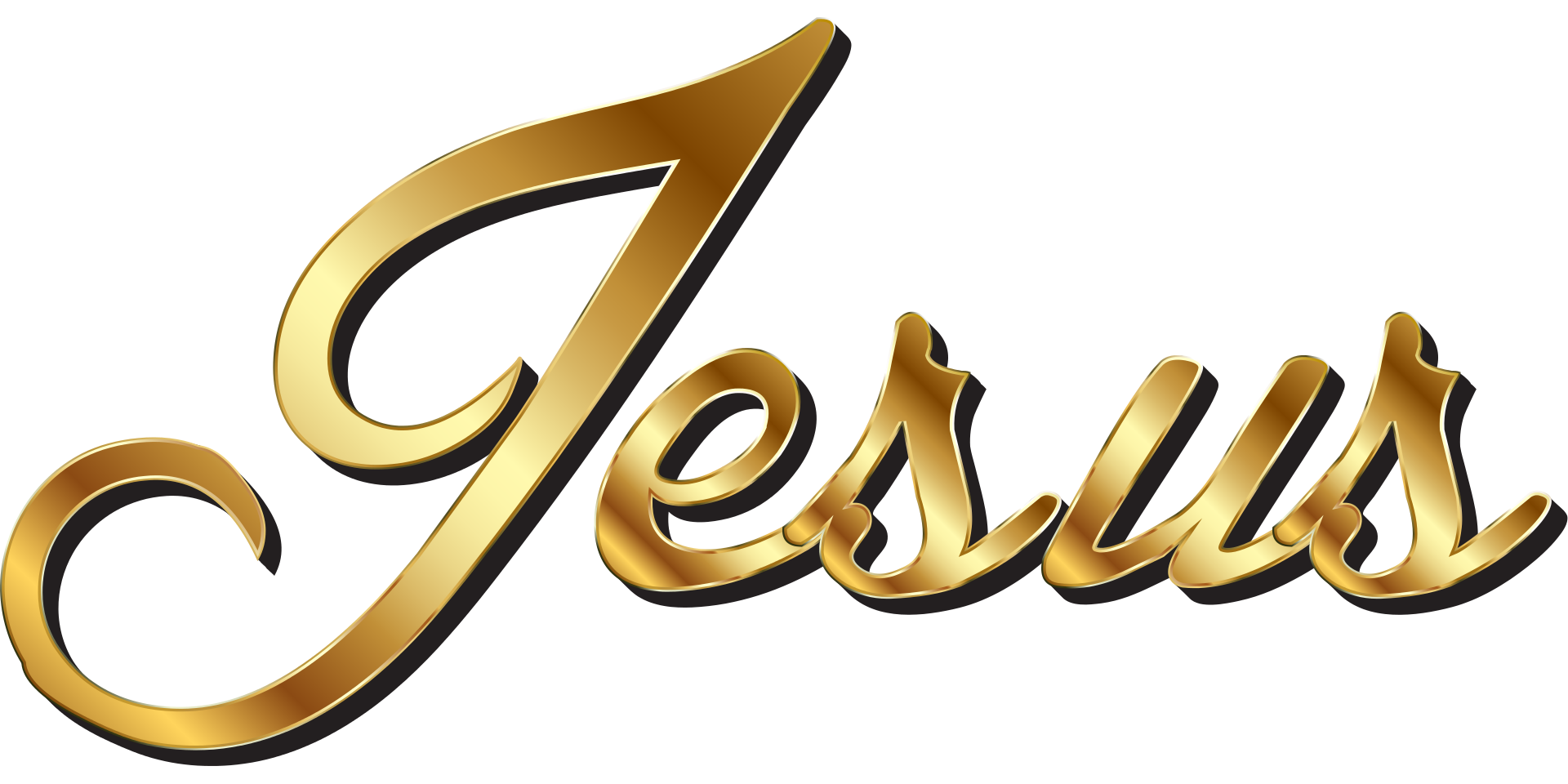 What do you know about Jesus Christ? Is your knowledge of him purely religious or can you say with confidence that you understand what Jesus did as a man who walked on the earth at one time? Do you know the context of his teachings or his objectives? Let?s dive into a study on the life of Jesus Christ, the man, and try to understand what he really did regarding the Christian faith and our knowledge and understanding of God.

The following is basic information about Jesus Christ.

Almost nothing is known about Jesus? childhood. We should keep in mind that Jesus was a normal Jewish boy. There was nothing about him that would cause people or historians to keep track of what he did as a child. There is one incident in his childhood that was recorded concerning his journey to Jerusalem with his parents. This account is given in Luke 2:41-52.

The Reality of Jesus Christ

We first must realize that Jesus Christ was a real person that lived on this earth during the first century AD. He is mentioned in some historical writings. However, the bulk of our information regarding the man called Jesus of Nazareth, son of Joseph comes from the Bible.

Now the task to verify that the Bible is indeed a reliable text since the bulk of the information that we have comes from the Bible. I have done this and am convinced of the reliability of the scriptures. However, a discussion on this topic is well beyond the scope of this lesson. Therefore, let?s just assume that the scriptures present an accurate description of the life and times of Jesus Christ, which indeed they do.

The Birth of Jesus

Jesus was born of a virgin. Mary and Joseph did not have sexual intercourse and yet she was pregnant. This introduced a major concern on Joseph?s part and a major problem with their betrothal. Joseph wondered what to do about this situation and then an angel in a dream visited him.

Matthew 1:19 through Matthew 1:21 (NKJV) 19Then Joseph her husband, being a just man, and not wanting to make her a public example, was minded to put her away secretly. 20But while he thought about these things, behold, an angel of the Lord appeared to him in a dream, saying, “Joseph, son of David, do not be afraid to take to you Mary your wife, for that which is conceived in her is of the Holy Spirit. 21And she will bring forth a Son, and you shall call His name Jesus, for He will save His people from their sins.”

Mary?s lineage comes from the tribe of Judah and the house of David. Joseph?s lineage goes back to Abraham showing that he was a Jew.

Now it may seem strange to claim that someone could be born of a virgin. After all, in order for a woman to conceive, she must have sexual intercourse (at least during these times). However, we cannot discount something just because it seems unusual or improbable. It is improbable that someone would get struck by lightning twice and yet it has happened. Many things seem unusual or even impossible and yet they happen.

We understand very little about our universe and therefore should not assume that just because something is improbable that it didn?t happen or that it will never happen. Historically, we have the same tools as any science. We have to search for evidence or information and determine what is most probably based on the information and not our limited understanding of the universe. The writings of others and even the translation of the Hebrew text into Greek (the Septuagint) seem to give sufficient evidence that a virgin birth of the child Jesus did occur. There is nothing that would discredit this conclusion except the assumption that such a thing could not happen.

Matthew 3:13 through Matthew 3:15 (NKJV) 13Then Jesus came from Galilee to John at the Jordan to be baptized by him. 14And John tried to prevent Him, saying, “I need to be baptized by You, and are You coming to me?” 15But Jesus answered and said to him, “Permit it to be so now, for thus it is fitting for us to fulfill all righteousness.” Then he allowed Him.

The reason that Jesus was baptized by John was so that God?s will would be done. John the Baptist was well known in the region and respected as a prophet. It would seem fitting that the ministry of Jesus Christ would involve an acceptable or respected act of one who is already in ministry. God was telling everyone that Jesus of Nazareth was the Messiah that they were waiting for. Consider the next scripture.

Matthew 3:16 through Matthew 3:17 (NKJV) 16When He had been baptized, Jesus came up immediately from the water; and behold, the heavens were opened to Him, and He saw the Spirit of God descending like a dove and alighting upon Him. 17And suddenly a voice came from heaven, saying, “This is My beloved Son, in whom I am well pleased.”

This is considered the turning point of Jesus? ministry and that of John the Baptist. It could be likened unto the passing of the baton or the transferring of the mantle. We should consider that John the Baptist was also anointed by God to complete a particular task. That task was to pave the way for Jesus.

Matthew, Mark, and Luke record that Jesus was tempted immediately after being baptized by John the Baptist. This follows since we must realize that Satan does not know all things. Therefore, Satan did not know who the Messiah was until it was announced by Jesus? anointing by the Holy Spirit at his baptism. At that time, Satan immediately attacked Jesus to destroy him. However, Jesus did not give into the temptation. He did not sin. Satan tempted him with the lust of the eyes, the lust of the flesh, and the pride of life. See Matthew 4:1-11; Mark 1:12-13; Luke 4:1-13. Jesus understood who he was and what his job was. This is very important because of the people?s expectation of him.

The Jewish people were waiting for a Messiah to deliver them from Roman bondage through military and political force. The Jewish revolt against the Romans never really subsided. Jesus could have construed his anointing as the Messiah that the people wanted, i.e., a military leader. Jesus? power could have been used to defeat the Romans. However, that was not what God wanted. Jesus knew that his power (ability) was not for personal gain or amusement, or to amaze the people.

The Kingdom of God is Near

The Bible tells us that Jesus began to preach the Kingdom of God after his temptation.

Matthew 4:17 (NKJV) 17From that time Jesus began to preach and to say, “Repent, for the kingdom of heaven is at hand.”

However, the Kingdom of God that Jesus was preaching about referred to the coming salvation and the coming rule of God on the earth. The independence that the Jewish people thought would be from the Romans was actually independence or liberty from the bondage of sin. The Kingdom of God was a spiritual entity and not a physical one as many supposed.

The way that Jesus interpreted the Old Testament Law caused a conflict with the Scribes, who were the official teachers of the Law. This conflict prompted the religious leaders to successfully ban Jesus from teaching in the synagogue. However, he went to the hillsides and the lakesides to teach a multitude of people, which was more than those that would have heard him in the synagogue. So Jesus attracted a large following, which further caused him trouble from the religious leaders

Jesus also had a reputation of mingling with sinners and tax collectors. He did not separate himself from those that were less fortunate. Rather, he freely ministered the Kingdom of God to them. Consider the following scripture.

Matthew 9:11 through Matthew 9:13 (NKJV) 11And when the Pharisees saw it, they said to His disciples, “Why does your Teacher eat with tax collectors and sinners?” 12When Jesus heard that, He said to them, “Those who are well have no need of a physician, but those who are sick. 13But go and learn what this means: ?I desire mercy and not sacrifice.? For I did not come to call the righteous, but sinners, to repentance.”

Jesus went around teaching and healing the sick, which also caused a great crowd to follow him wherever he went.

In general, Jesus preached the good news of God?s Kingdom. Perhaps some took this to mean that the military leader was coming and that Jesus might be that person, the Messiah. However, Jesus? teaching about the Kingdom was in great contrast to the religious world that was created by the religious leaders. For one thing, he called God his father and taught the people to do the same. What was more interesting was that the word for father that he used was Abba, which is a word that a child would use when speaking about his or her father indicating an intimate relationship. Jesus taught that God is intimate with us and that we can call him Abba Father, i.e., daddy.

The religious establishment of Jesus? time hated him and eventually succeeded in getting him killed, i.e., crucified. They also set out to destroy his disciples.

Jesus Christ really exists and really walked the earth about the first century AD. He was a normal boy and for all practical purposes a normal person. He was born of a virgin though some saw this as simply meaning that Mary had committed adultery and the father wasn?t known (John 8:41). Jesus was tempted by Satan and perhaps by the expectations of the people. Many believed or hoped that Jesus was the coming Messiah, which they thought would be the military leader to lead a revolt against the Romans.

Jesus healed the sick and taught multitudes of people. He had been banned from teaching in the synagogues because of his interpretation of scripture. He became an enemy of the religious establishment, which eventually caused his death. Jesus ministered to all people even those that were considered sinners and outcasts. The religious establishment hated Jesus so much that they plotted to have him killed and was eventually successful at doing so. Jesus of Nazareth, son of Joseph was killed by crucifixion. His crime? He was king of the Jews. We will talk more about this in the next lesson.