God is Not Religious 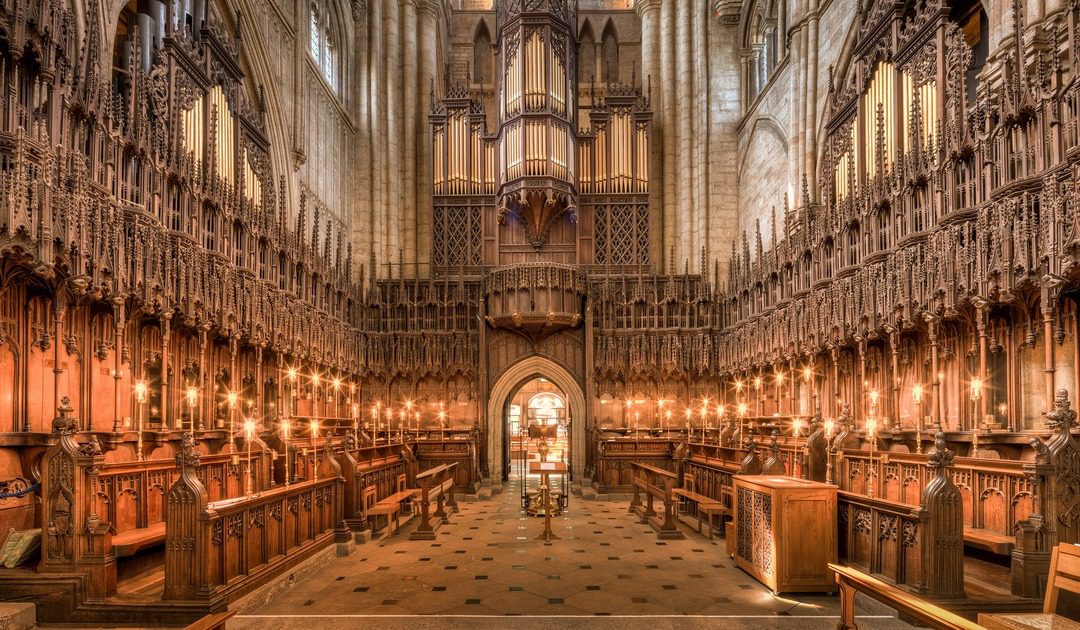 God is not religious.? He does not reside in our religious?institutions or practices.? He is not found in the rules and rituals that we so religiously adhere to.? Pun intended.? However, there are many people who perceive God through religion.? They think God is in the presence of much pomp and circumstance.? They think God is in the singing of hymns, the various ritualistic church services, or even in the study of scripture.? God is not necessarily in those places.

First, let me define what I mean by the word “religion.”? I am herein defining religion as the set of rules, dogmas, rituals, and practices that define a particular organization or system.? These rituals may include such things as going to church on Sunday, what is forbidden to wear, an order of structured “worship” service, acceptable music, etc.? For example, a charismatic?is someone who subscribes to the charismatic?set of practices.? They are seen as those who believe in speaking in tongues, divine healing, etc.? They tend to have a reputation for being lively, i.e., charismatic.? A Baptist is one who subscribes to the set of doctrines and practices of the organization known as Baptists along with its variations.? There are many forms of religions, which many are known as denominations.? Catholicism is also a form of religion.? A Catholic is defined by the set of doctrine, practices, and rituals associated with the Catholic church.? The list goes on.? There are Methodists, Lutherans, Evangelicals, United Church of Christ, Universalists, Jehovah’s?Witnesses, Non-Denominational, and so many more.? Now, these are just the religions associated with Christianity.? It is mind boggling?if we consider the religions of the world such as Buddhism, Islam, Hinduism, etc.? Each of these may have variations forming other sub-religions similar to the denominations associated with Christianity.

A “successful” Christian is therefore not someone who has become proficient in following the rules, so to speak.? Rather, a “successful” Christian is one who has entered into an intimate relationship with the Father through faith in Jesus Christ.? The Holy Scriptures tell us that it is by grace that we are saved through faith (Ephesians 2:8-9).? It is not our works that save us or get us to a point where we have earned a relationship with God or deserve it.? On our own, we are doomed to destruction and the only way out is for God to save us and for us to accept and act on that salvation.? How do we act on that salvation?? It’s simple.? We believe in our hearts that Jesus Christ died for our sins and rose from the dead (1?Corinthians 15:3-4).

Understanding what salvation is and the will of God pertaining to it and humans seems to suggest that all of our rituals and religious practices add up to nothing with regards to a relationship with the Father (Consider Isaiah 64:6).? Where is God when we practice the rituals in our churches?? Where is God when we go through the Sunday services, sing our songs, recite the readings, light the candles, play our instruments, etc.?? Sometimes God is outside the building wanting to come in, so to speak (Revelation 3:20).? God wants you.? Jesus didn’t die for an organization or a movement.? He died so that you and I could be with the Father.

Notice that in Revelation 3:20 that Jesus said that he would come in and commune with anyone who lets him in. So, Jesus is always there. It is up to us to hear and respond by letting him in. There are many church services where God is not present because the service isn’t about God, but rather the expression of the religion.? Everyone is different.? My relationship with God is different than another person’s relationship with God.? So, it may happen that a particular instance of the religious class may not suit me at a given moment.? The style of so-called worship in a church may not match my way of expression or my way of worship.? So, if God is in the order of service then there are many who would simply not be able to see God because they do not relate to the service.

Another problem with religion is that it effectively hides God.? People are so busy trying to follow the rules that they don’t experience God.? True worship doesn’t happen because worship involves the heart of the individual not the adherence to a set standard.? For example, I have found that in the Charismatic religion that people are so focused on speaking in tongues that Jesus Christ and him crucified isn’t an issue.? People want the power of God, not a relationship with God.? People want the baptism of the Holy Spirit and the resulting power, not the Holy Spirit himself.? This is the main problem with religion.? It is a trick of the enemy that distracts us from the living God so that we can satisfy our religious duties.

Yet another great problem with religion is that it changes.? Denominational dogmas change from generation to generation to cope with or in some cases, to conform to the secular environment at a particular time period.? The Bible tells us that God does not change (Malachi 3:6, Hebrews 13:8).? What God considers sin is always sin.? What religion considers sin today may not be sinful tomorrow.? Religion has a way of conforming to the world around it.? God does not.? As a matter of fact, scripture tells us not to conform to the world (Romans 12:2).

So if God is not religious, i.e., not found in religion, then where can we find Him?? God is with you all the time.? He is like the air we breathe or the radio signals in the air.? We only need to open up to him and allow him to come in.? We only need to breathe or tune into his station so to speak.? Speak to him. Love him. Worship him.? It doesn’t matter if you are in a religious service or in the park walking your dog. God is always with you and available to help you, listen to you, and love you unconditionally.? He is with you when you are in church services singing hymns and the like.? Why?? Because he is with YOU.? You don’t have to practice a set pattern of a liturgy to experience God or do what is expected of “good” people to experience God.? You just need to breathe Him in or tune to His station so to speak.? He wants a relationship with you.? He wants to commune with you.? He’s not going to force it.? He’s not religious so you won’t find him in religion.? Don’t look too hard else you may miss him.? He’s inside of you knocking at the door of your heart.? Let Him in and experience the richness of His presence.