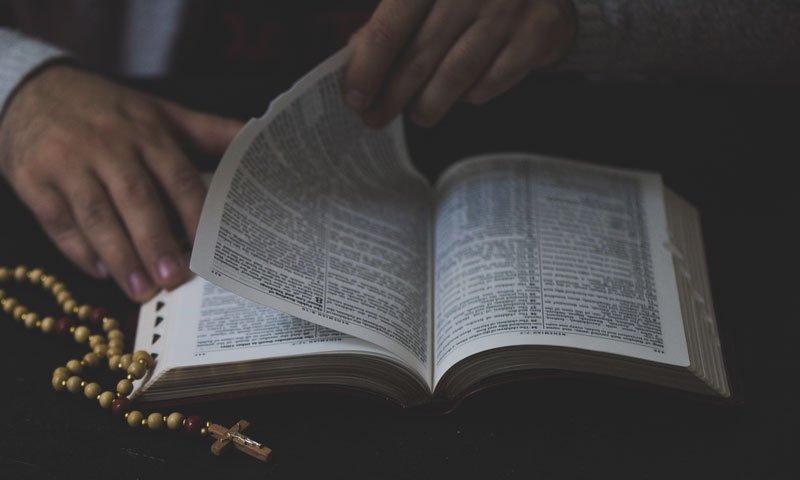 I have witnessed countless television evangelists that appear to have the power to heal people.? Every now and again we hear that some were frauds.? However, there are still many ministers, pastors, and the like that claim to be able to heal people of their sicknesses and diseases.? They claim to have the same power that the apostles of Jesus Christ had in the first century.

I have never witnessed or experienced such healings as recorded in the New Testament or claimed by many ministers today.? Therefore, I have asked myself for many years why we don?t experience such miracles as those during apostolic times.? I pondered the reason that people do not have the ability to heal even though so many ministers claim such power.? The fact is that it is very unlikely based on the evidence.

Are the claims of healing ministries valid?? Are the men and women who claim to have a healing ministry reliable?? Can I believe the hype of what I see on television when masses of people are healed by laying on of hands by preachers?? If so then why isn?t this gift more widespread and not in the media light?? Is there a special formula or requirement for being able to heal people the way the apostles did or the way that some ministers claim to do today?

Sometimes we are told to pray for a miracle?? However, I have found that the Bible never says to pray to God for a miracle.? We can indeed pray to God about things that we think require a miracle to resolve, but we are never taught to specifically pray for a miracle.? Should I expect a miracle when I need one?? Are miracles even possible today or have they died out with the apostles of the first century?? Do apostolic signs exist today?

A miracle is defined as a special act of God that interrupts the ?natural? course of events.? A miracle is an event that appears to transcend or even violate natural laws.? There are several words that are related to the concept of miracles.

Now, what is a ?special act of God??? How can we distinguish a naturally occurring even from one that was initiated specifically by God and apart from the natural course of events?? There are two senses of this special act of God or miracle.

What do we mean by natural laws??

Our natural laws attempt to describe the things that go on regularly and consistently in nature.? However, I must point out that we still don?t know what nature is the way it is and what forces are really behind it (in a natural sense anyway).

Therefore, when something happens that would not normally happen based on our understanding of natural law then we may conclude that a miracle may have happened. ?So miracles are those events that occur outside of natural law and are not explained by natural laws.

The possibility of miracles is implied in Christianity because we believe that God exists.? God is omnipotent and He cares for us.? Therefore, miracles are possible.? To show that miracles are not possible would mean that one would have to show that God does not exist (at least the all-powerful God revealed in the Holy Scriptures).

The New Testament scriptures are reliable.? The fact that they contain the record of miracles and other religious phenomenon does not make it unreliable.

We are also assured of the reliability of the New Testament witnesses.? They had no reason to lie to us.? They recorded real historical events and the fact that some of these events were miracles is no grounds to dismiss their testimony.

What is the purpose of miracles anyway?? We must consider at pre-apostolic and post-apostolic periods to effectively answer this question.? We know that God would not do things with no meaning or haphazardly.? Therefore, the miracles that were done must have a particular purpose behind them.? Note that if God acted haphazardly then we could not rely on Him.

Miracles bring glory to God as they reveal his good nature.? Miracles in the Bible are always good and not evil.

Miracles in the Bible are never performed to entertain.

Miracles in the Bible are connected to a particular claim.

Do signs still occur today as they did for the apostles and perhaps even for Jesus Christ??

First, let?s look at miracles during the time of the apostles.

The apostles performed many types of miracles because they were gifted to do so (See 2 Corinthians 12:12).? The apostles?

We all must agree that we do not see the miracles performed today as the apostles did during their day.? However, does that mean that these miracles are not available to us today or does it mean that we are missing something and therefore unable to perform them?? Let?s look at both arguments.

Are Miracles Available To Us Today?

Let me say before we go further than I am specifically referring to miraculous signs and not miracles in general.? Christianity presupposes the possibility and probability of miracles.? Our specific question here is whether miracles exist now as they did during the apostolic era.

The following are some arguments for the continuation of apostolic type miracles today.

The first argument is insufficient to show that miracles still occur today as they did for the apostles.? There is no link of one miracle to another so a miracle that happened yesterday is no guarantee for a miracle happening today.? We also note that miracles in the Bible were not continuous events.? There are periods in biblical history where little to no miracles occurred.? We?ll come back to this aspect later.

The second argument is insufficient because though God doesn?t change, His methods may.? For example, God does not deal with us in the same manner as He dealt with the people of the Old Testament.? God does not change, but He surely may alter the method that He communicates with humans as the biblical record does show.

The third argument is not sufficient because Jesus was talking specifically to His disciples and there is no reason that we could interpolate that promise to us today.

There is much evidence from the Bible that suggests that the sign miracles that were performed during the apostolic period have ended with the apostles.

We should note that miracles were always performed according to God?s will.? No human has the power to perform any miracle on his or her own.

The scriptural and historical evidence suggests that miraculous signs do not occur today.? This is not to say that miracles cannot happen today.? However, it appears that the types of miracles that the apostle?s performed no longer occur today.

We should be clear that I am not suggesting that miracles do not at all occur today.? God may perform a miracle on you or someone else today.? However, they have no confirmation or apologetic value to them.? The apostles and their message have been confirmed.? Jesus has been confirmed as the Messiah through signs and wonders.? It is not necessary for these types of miracles to occur because there is no new revelation.

Miracles appear to have had a purpose in the biblical scriptures.? They weren?t performed at the whim of man, but rather by the will of God.? God had His particular reason for performing a miracle even through a prophet.? The primary reason was to confirm His word and to bring glory to himself.? These are not necessary today because of the time period that we live in.? God does not deal with us or communicate with us as He did with those of the past (See Hebrews 1:1-2).

It is also evident from reading the Bible that miracles were not the norm.? There are actual laws to accommodate sicknesses (leprosy for example in Exodus 13-15).? One could ask why God didn?t just heal all those who were sick among His people.? The fact is that He did not so we should not assume that there is some formula that we could follow or special thing that we can do to entice God to grant us a miracle.

The bottom line is that God may intervene in our lives via a miracle.? He may interrupt the natural course of action to perform His will or even for our own personal benefit.? However, the types of miracles that occurred during the apostles? time are gone.? It is apparent that we cannot go around and lay hands on people and they immediately get up healed.? We can?t walk on water the way Peter did.? We cannot perform the miracles that the apostles did in the first century because God is simply not doing it that way anymore.

The miracles that were performed during the apostolic age and before had their respective purposes.? Those purposes have been fulfilled and therefore such miracles are no longer necessary and do not occur.

We should look to Jesus and not to sensationalism.? We should seek the Lord and not a sign.? We are too taken by sensationalism.? We want the next greatest fad.? We want to belong to the next greatest church or be a part of the newest and hottest ministries.? We however simply need Jesus.? God is not doing the things that He did in the first century in regards to signs and wonders, but He is still calling people to salvation.